Egalitarian Marriage is Driving Down the Divorce Rate 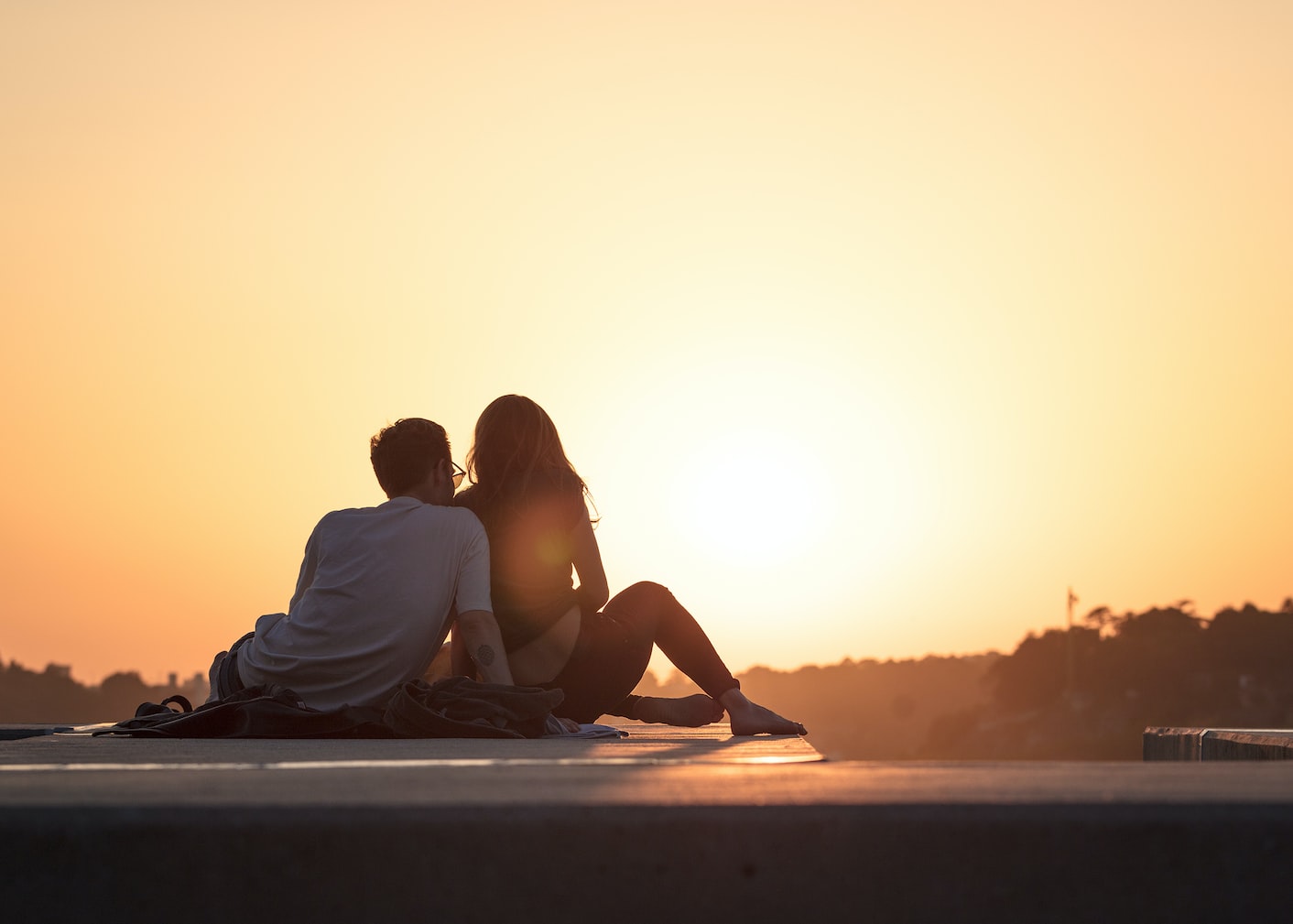 “It’s just love now. We marry to find our soul mate, rather than a good homemaker or a good earner.”

The mainstream divorce narrative in the U.S:

This picture is extremely inaccurate, so why does it perniciously live on? Is it that social conservatives enjoy doomsday scenarios? The miserably divorced love company? It’s a convenient weapon in the anti-feminism arsenal? Continuing sloppy standards in the mainstream media? All of these?

“When Gwyneth Paltrow and Chris Martin “consciously uncoupled” this year, ABC News said it was the latest example of the out-of-control divorce rate, “50 percent and climbing.”

When Fox News anchors were recently lamenting high poverty levels, one of them blamed the fact that “the divorce rate is going up.”

And when Bravo introduced its divorce reality show, “Untying the Knot,” this summer, an executive at the network called it “a way to look at a situation that 50 percent of married couples unfortunately end up in.”

But here is the thing: It is no longer true that the divorce rate is rising, or that half of all marriages end in divorce. It has not been for some time. Even though social scientists have tried to debunk those myths, somehow the conventional wisdom has held.”

Whatever the reasons, the Upshot blog at the New York Times shares encouraging new data in The Divorce Surge is Over, But the Myth Lives On. During the last 30 years, the divorce rate has dropped steadily, a cumulative decline of 24%.

In 1981, there were 5.3 divorces per 1,000 people. That dropped to 4.7 by 1990 and to 3.6 by 2011, the most recent data available. But this data also reflects fewer marriages. Here’s a graph showing the divorce rate as a percentage of marriages. Couples married for eight years today have just a slightly higher divorce rate than couples married in the 1960s! According to economist Justin Wolfers at the University of Michigan (and formerly at Wharton), if current trends continue, the divorce rate will fall to about a third of all marriages.

Why are divorce rates falling?

Many factors contribute to the improvement.

As you can see in the graph above, the rate of divorce is falling as a percentage of all marriages, so in one sense the marriage rate is irrelevant. On the other hand, it appears that a drop in the marriage rate has mostly occurred among couples who would have divorced. Today their breakups happen outside the legal institution of marriage.

College educated couples in particular tend to marry later, and the 7-year divorce rate for those who married in the 2000s is just 11%. Those without college degrees divorced at a rate of 17%.

Those without a college degree are more traditional in their attitudes about gender roles, but also less likely to be able to succeed with one breadwinner.

“Working-class families often have more traditional notions about male breadwinners than do the college-educated — yet economic changes have left many of the men in these families struggling to find work. As a result, many wait to achieve a level of stability that never comes and thus never marry, while others split up during tough economic times.”

Richard Reeves writes in How to Save Marriage in America:

“The bitter irony is that those most likely to disdain female breadwinners (the least educated men and women) would be helped the most by dual-earner households. The men who want to be breadwinners are very often the ones least able to fill that role.” Educated couples have adopted a model where both parties remain in the work force, giving them tremendous economic advantage:

“As the middle of our labor market has eroded, the ability of high school-educated Americans to build a firm economic foundation for a marriage has been greatly reduced,” said Andrew Cherlin, a sociologist and author of “Labor’s Love Lost: The Rise and Fall of the Working-Class Family in America.” “Better-educated Americans have found a new marriage model in which both spouses work and they build a strong economic foundation for their marriage.”

Birth control and abortion mean far fewer “shotgun” weddings, which were often unstable, according to Stephanie Coontz, author of Marriage, a History: How Love Conquered Marriage. Where shotgun weddings are most prevalent – the South – divorce rates are the highest in the nation.

This is ironic, because the Sexual Revolution and Women’s Movement are generally credited with a huge spike in divorce during the 1970s. However, social scientists today note that since women initiate 2/3 of divorces, a fall in the rate reflects a change in female attitudes.

“Ultimately, a long view is likely to show that the rapid rise in divorce during the 1970s and early 1980s was an anomaly. It occurred at the same time as a new feminist movement, which caused social and economic upheaval. Today, society has adapted, and the divorce rate has declined again.”

The rise of the love match “Women entered the work force, many of their chores in the home became automated and they gained reproductive rights, as the economist Betsey Stevenson and Mr. Wolfers have argued in their academic work. As a result, marriage has evolved to its modern-day form, based on love and shared passions, and often two incomes and shared housekeeping duties.

The people who married soon before the feminist movement were caught in the upheaval. They had married someone who was a good match for the postwar culture but the wrong partner after times changed. Modern marriage is more stable because people are again marrying people suitable to the world in which we live.”

“American marriage is not dying. But it is undergoing a metamorphosis, prompted by a transformation in the economic and social status of women and the virtual disappearance of low-skilled male jobs. The old form of marriage, based on outdated social rules and gender roles, is fading. A new version is emerging—egalitarian, committed, and focused on children.

There was a time when college-educated women were the least likely to be married. Today, they are the most important drivers of the new marriage model.”

The not so good news

Much has been written about marriage becoming an institution reserved for the elite.

Wolfers notes that the dramatic decline in divorce overall masks the increase in “gray divorce.”

“It’s a depressing demographic certainty that every marriage eventually ends; the only question is whether it is in death or divorce. If medical progress continues to succeed at helping fewer marriages end in death, more may end in divorce.

This (mostly happy) pattern largely explains the one clear rise in divorce that we do see: the so-called gray divorce, among couples like Al and Tipper Gore who separate at later ages. As life expectancy continues to increase, gray divorce will most likely continue to rise, even if divorce at earlier ages continues to decline. You can think of the two trends as part of one larger trend, in fact. Gray divorce may rise precisely because so many marriages are surviving longer.”

A forecast for the future of marriage

Reeves offers a likely explanation for the ongoing mythmaking around American divorce. To those who wish to restore the pre-feminism marriage model with “bring backery” he says:

“Attempting to restore this kind of marriage is a fool’s errand. The British politician David Willetts says that conservatives are susceptible to “bring backery” of one kind or another. Many conservative commentators on marriage fall prey this temptation: To restore marriage, they say, we need to bring back traditional values about sex and gender; bring back “marriageable” men; and bring back moms and housewives.

It is too late. Attitudes to sex, feminist advances, and labor market economics have dealt fatal blows to the traditional model of marriage.”

Instead, Millennials will continue to participate in a new model of marriage:

“The central rationale for these marriages is to raise children together, in a settled, nurturing environment. So, well-educated Americans are ensuring that they are financially stable before having children, by delaying childrearing.

They are also putting their relationship on a sound footing too—they’re not in the business of love at first sight, rushing to the altar, or eloping to Vegas.  College graduates take their time to select a partner; and then, once the marriage is at least a couple of years old, take the final step and become parents.

Money, marriage, maternity: in that order.”

In my view, the goal should not be to eliminate divorce entirely. There are many scenarios where divorce is the least harmful option. Waiting out a bad marriage till death really does part you is becoming a more onerous chore as our life expectancy increases.

A better strategy is to focus on creating a climate – cultural and economic – where marriage is within reach for all couples who wish to have a family. Recent upturns in key economic indicators may be grounds for some optimism.